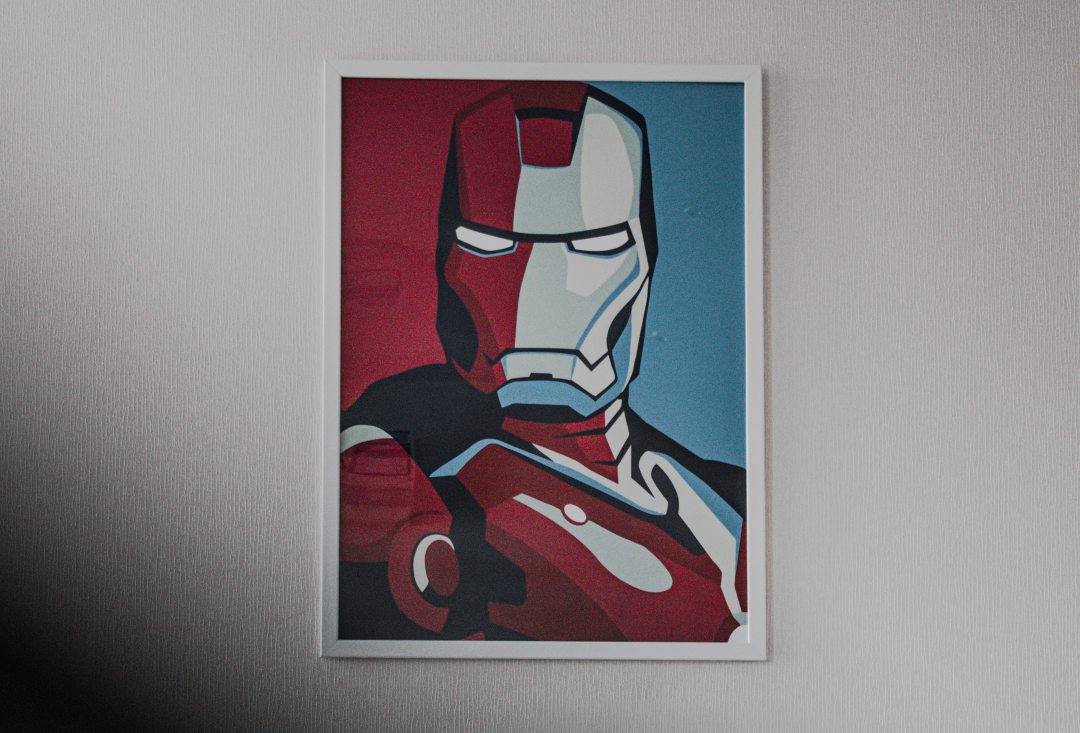 Marvel in Color: The Evolution of Racial Diversity within the MCU

When Marvel’s The Eternals releases in November 2021, South Asian fans such as myself will finally have the opportunity to see themselves represented in the on-screen MCU after almost thirteen years. This is significant because, despite tackling subjects such as PTSD and familial bonds, the MCU has had a less than stellar track record when it comes to racial diversity.

Having been an MCU fan for almost a decade, I find it easy to admit that one of the franchise’s greatest flaws is its limited and inconsistent focus on non-white actors and characters.

In most of its movies from Phase 1 and Phase 2, the MCU seemingly sees its characters of color as plot devices or support staff to white protagonists. This sends the message to fans of color that they are not viewed as equally important as their white counterparts.

Rhodey, one of three prominent(ish) characters of color introduced in Phase 1, would continue to recur throughout several MCU movies, but despite being introduced early, it would take years until there was anything close to a distinctive focus on him in the MCU, despite movie after movie centered on white protagonists.

A few years later, Captain America: The Winter Soldier introduced Sam Wilson. The former pararescue airman takes up the mantle of Falcon along with a pair of propulsion wings when Steve Rogers, aka Captain America, comes calling for his help.

Sam was seemingly slotted in as the right-hand man to Captain America just as Rhodey appears to be Iron Man’s. For several long years Sam and Rhodey were played up as the supportive Black best friends, an increasingly tiring trope to the MCU’s most prominent heroes which became the franchise’s baseline treatment of some of its characters of color.

The MCU also has a history of using the victimization and pain of characters of color, specifically Black men, to further its plot, such as in Captain America: Civil War. T’Chaka, the father of T’Challa and the king of the technologically-advanced African nation of Wakanda, is killed in the United Nations bomb blast. His death kickstarts major plot points that lead towards the climax of the movie. Ultimately, his loss of life only adds to the movie’s high body count, which is composed primarily of people of color after a similar bomb blast in Lagos at the movie’s opening.

Later in the movie, a battle between the divided Avengers comes to a staggering halt when Rhodey is wounded, leaving the character paralyzed from the waist down. He is the only character majorly injured in the fight and his pain is used primarily to resolve a conflict.

Both the high body count of characters of color and Rhodey’s paralysis serves to make the point that people of color in the MCU are expendable, which is both horrifying and inhuman.

Perhaps the MCU has done the most right with their release of Black Panther, the first MCU movie to center on a Black superhero and to star a primarily Black cast. Black Panther had many breakout characters, such as Shuri, T’Challa’s technological genius sister and the princess of Wakanda. Others include Erik Killmonger, T’Challa’s cousin and a challenger for the Wakandan throne, and Okoye, the leader of the elite warriors of the Dora Milaje.

Notably, Black Panther was well-received by fans and critics alike and even received a Best Picture Oscar nomination.

Although it is several years late, the MCU has been attempting to make amends when it comes to how Black men are portrayed in the franchise.

Marvel Studios has announced the Disney+ series Armor Wars, which will center around Rhodey, finally giving the character the spotlight he deserves. However, fans will still have to wait another year at the very least for the show, making it thirteen long years and counting since the character’s first appearance. This is long overdue.

Recently, the release of the Disney + series Falcon and the Winter Soldier groundbreakingly showed Sam Wilson becoming Captain America. The show explores what it means for a Black man to take up the iconic mantle by introducing the character Isaiah Bradley, a Black supersoldier who is manipulated, mistreated, and eventually wrongfully imprisoned by the United States government.

By giving prominence to a Black man and addressing the injustice of Bradley’s treatment, the MCU has finally begun to validate its Black fans and their experiences and histories on a level as never before. Now, young Black children and other children of color are given the chance to idolize a Black Captain America.

Of course, these are only recent changes. Representation of people of color as a whole begins to become a bit more confusing when placed next to the MCU’s more cosmic storylines. Movies like Guardians of the Galaxy blur the line of who counts as a character of color by introducing alien characters who are less human-like in comparison to the white Thor. Assassin Gamora, criminal Drax the Destroyer, and tree alien Groot are all played or voiced by actors of color—Groot actor Vin Diesel, whose birth parents are biologically white, identifies as a person of color because of his adoptive Black father—but both Zoe Saldana who plays Gamora and Dave Bautista who plays Drax sit in makeup chairs for hours to be painted green or blue or have to have prosthetics molded onto them for their characters.

(Later in Guardians of the Galaxy Vol. 2, even the appearance of Mantis, played by Pom Klementieff, is created by a combination of prothesthics and CGI. The character, who is human, half-Vietnamese and half-German in the comics, is completely alien in the MCU.)

Why is the MCU, at least for the Guardians of the Galaxy movies, so preoccupied with having actors of color play aliens? Why does the MCU use actors of color, who already face discrimination, racism, and limited roles in the mainstream film industry, to “other” its alien characters?

By not allowing the actors to be characters of color, the MCU is quite literally alienating people of color and is “othering” them as history has before. It is the same trope used to perpetuate racism, violence, and destruction.

Thankfully, the MCU appears to be acknowledging some of these controversial choices by allowing aliens to appear as people of color within its future projects. Gemma Chan, the British Asian actress who was painted unrecognizably blue to play Kree Minn-Erva in Captain Marvel, will be playing powerful immortal Sersi in The Eternals. Her ethnicity will not be hidden by makeup, showing that Marvel may recognize that it is important to have diversity in all its storylines, even those that are alien.

Similar to how characters of color may have been hidden behind makeup, Marvel also has a history with white washing its characters. Phase 2 of the MCU introduced the superpowered twins Wanda and Pietro Maximoff, Scarlet Witch and Quicksilver respectively, in Avengers: Age of Ultron, but erased their Romani Jewish heritage. This was likely a choice on Disney’s part to distance the characters they introduced from their comic counterparts who are mutants and Magneto’s children; the rights for Magneto, mutants, and the X-Men previously belonged to Fox, and Magneto’s Jewish faith is a major part of his on-screen storyline.

Still, this choice to whitewash an already marginalized and stereotyped group was not a good move on Disney’s part because it removed an essential part of Wanda’s comic origins while simultaneously being anti-semitic and racist. When WandaVision was released earlier this year, fans were dismayed to see the acknowledgement of Wanda’s comic heritage that actress Elizabeth Olsen had promised to be nothing more than a racist Halloween costume, playing on stereotypes of the Romani as fortune tellers.

When Tilda Swinton was cast in the role of the Ancient One for Doctor Strange, many noted that the comic counterpart of the Ancient One was an Asian man, and despite director Scott Derrickson’s casting choice to avoid playing into racist stereotypes, the Ancient One was still a character that was whitewashed. When there are so few characters of color in a franchise, even the erasure of minor ones doesn’t go unnoticed.

Despite Derrickson’s good intentions, what he called “the lesser of two evils,” public outcry was still enough that in May 2021 Marvel Studios producer Kevin Feige acknowledged the criticism as a wake-up call and said that they could have cast an Asian actor without falling into stereotyping.

It is worthy to note, however, that Derrickson also cast Chiwetel Ejiofor, a Black actor, as Karl Mordo, a character who is white in the comics. He also altered the role of Wong, played by Benedict Wong, to avoid perpetuating racist, anti-Asian stereotypes.

Besides Karl Mordo, Marvel Studios also cast Black actresses Tessa Thompson and Zendaya in the roles of Valkyrie in Thor: Ragnarok and Michelle in Spider-Man: Homecoming respectively. Both characters are white in the comics. Valkyrie notably becomes the Queen of Asgard at the end of Avengers: Endgame.

Shang-Chi and the Legend of the Ten Rings will be the first MCU movie to center around an Asian superhero as well as feature a predominantly Asian cast. Similarly, The Eternals is set to have a diverse cast, introducing Kumail Nanjiani as the first South Asian character in the MCU movies. Next, Black Panther: Wakanda Forever will see the return of Wakanda while The Marvels will focus on Carol Danvers, Monica, and fan-favorite and Pakistani-American teen Kamala Khan (following her introduction in her titular show Ms. Marvel).

While these titles are only some of the new movies and shows Marvel Studios has planned for the coming years, the future of the MCU certainly looks bright—and diverse.

Tarunika Kapoor (she/her) is a staff writer at Berkeley Fiction Review and a news reporter at The Daily Californian. She can be found on Twitter @tkapoor_dc. View all posts by Tarunika Kapoor

One thought on “Marvel in Color: The Evolution of Racial Diversity within the MCU”