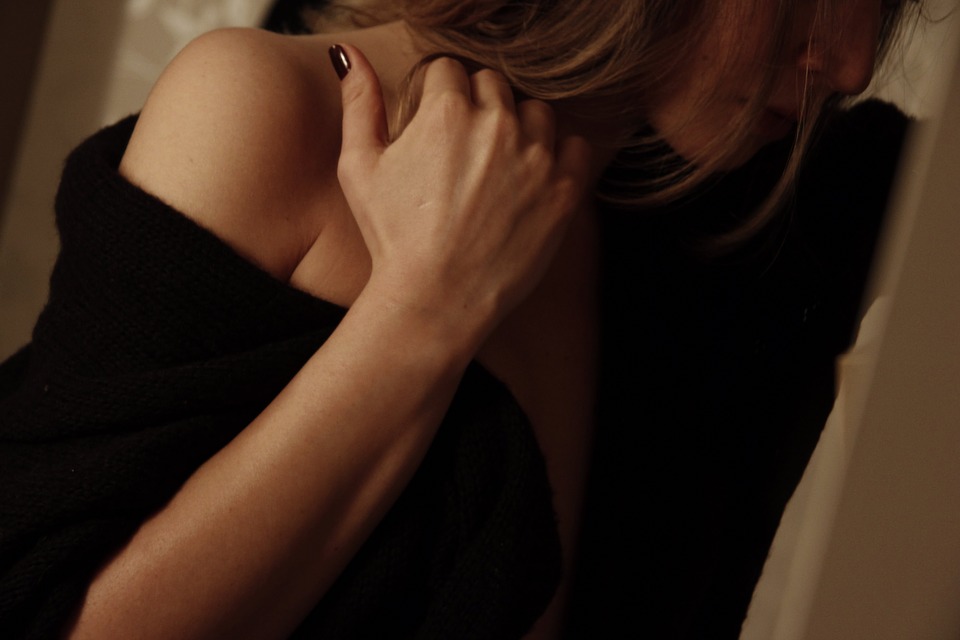 It started in her fingers. Marie could feel the joints constricting and solidifying under her skin. With each new day and each new client, they grew tighter, unbearably restrictive. Marie was certain that they would stop working all together. But they didn’t, and when every client inevitably said, “Press a little harder please,” Marie would comply, leeching the tension from their oiled, shimmering pores like soap from a sponge.

From her fingers it moved through her hands, wriggling into the tendons and bones like inchworms through an apple. But her hands still kneaded the backs of strangers until they became as soft and malleable as butter on a warm day. Marie’s joints cracked and rebelled, but still she pressed harder.

The tension moved up her arms, into her elbows, biceps, and shoulders. She hunched. She flexed. She even tried self-massage, but nothing released the ever-growing knots under her skin. Her neck grew so tight that she couldn’t rest comfortably on her bed, every movement of her head, no matter how slight, pulling on the rigid muscles. Every little thing that touched her exacerbated the tightness. Marie tried twisting. She tried writhing. She tried lying very, very still.  But nothing soothed the perpetual aching in her body.

Her back felt like a slab of concrete punctuated with tennis balls but still she had to press harder. Each and every client it seemed needed to be elbowed, crushed and bullied into relaxation, their muscles like eggs waiting to be cracked. And so Marie pressed harder. With every passing day, she bore down with greater ferocity on the backs, arms, legs, and necks of strangers, trying to draw any small semblance of calm out of their taught, abused bodies. But it was never enough. “Harder” they would say, and harder she would coerce them into slackening themselves out on the table.

There was nothing to be done. This was her livelihood. There was no solace in her hours of loneliness for even then she had crush out her own constricting body parts. She was a block of ice. A gnarled old tree. An over-full balloon just waiting for the moment it could pop.

“And I just can’t take it anymore!” Marie cried out, looking to Dr. Meyers for guidance.

The doctor looked up from his notes, nodding, brain on fire, wishing that there was someone there more qualified to handle this situation.

“Marie,” the doctor said, “I know exactly what you mean.”