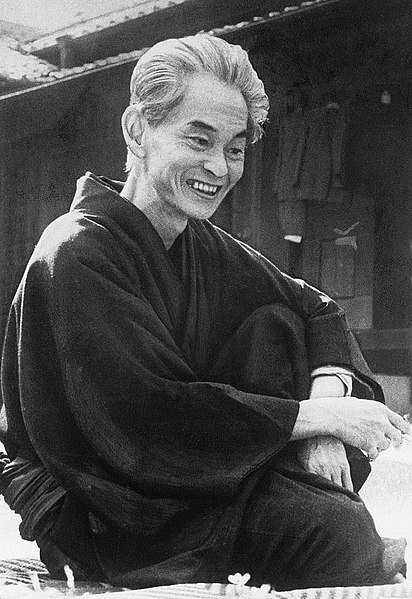 Lessons on the Power of Concision from Yasunari Kawabata

In judging this year’s flash fiction contest entries, I couldn’t help but be reminded of Yasunari Kawabata, a master of the form.

Yasunari Kawabata was a Japanese writer who, in 1968, became the first Japanese author to receive the Nobel Prize in Literature. While he is likely better known for his novels, such as Snow Country and The Sound of the Mountain, Kawabata worked on short stories throughout his career. He calls these stories “Palm of the hand stories,” likely because they could fit in the palm of one’s hand. Each story often comprises only a single page, with longer ones ranging from three to five pages, yet all of them reach beyond their limited confines.

Kawabata was a master of concision; he knew exactly what to include and what to leave out. The brevity of these stories results from this careful craft. The stories contain only the necessary, and these necessary components guide the reader’s imagination in exploring what is left out of the stories.

In “Canaries,” in just over one page, we read a man’s letter to his former mistress. The affair happened long ago, and the man’s wife is now dead. All that remains of the man’s past love affairs is a pair of canaries gifted to him by his mistress, and these canaries, along with the question of what to do with them now, guide the man’s letter. Though the letter is remarkably brief, readers learn a novel’s worth of information about the man’s relationship to his wife and mistress. This effect is characteristic of Kawabata’s tight control; by attaching abstract concepts—grief, regret, the nature of memory—to something both concrete and unique—the canaries—Kawabata was able to craft an evocative story of astounding brevity that lingers in the mind far longer than the time taken to read it. The story presents a limited amount of information, but its presentation kindles the reader’s imagination, allowing the reader to explore perhaps why the man cheated, why the affair disbanded, why he let his wife care for the canaries, and so forth. It is this style of carefully selecting what to leave to the reader’s imagination, I believe, that allows Kawabata’s stories to function so powerfully while breaking from the more traditional story form of having a clear beginning, middle, and end.

With regards to concision, another aspect of note in Kawabata’s stories is his treatment of names. On the whole, characters’ names are withheld; instead they are simply “the man,” or “the innkeeper,” or “the hairdresser.” Only when the number of characters warrants the use of a name for purposes of differentiation do characters receive names. This authorial choice ties back to Kawabata’s tactic of boiling a story down to only the essentials. For example, in “Her Mother’s Eye,” the kleptomaniac nursemaid is referred to only as “the nursemaid”; a name would not be relevant, but her profession is. Similarly, the story’s innkeeper is simply “the innkeeper,” and the maid simply “the maid.” This tactic achieves two effects: it establishes the characters’ relationships to one another in few words, and it gives the characters an ephemeral, ghostlike quality. This second effect is slightly less subject to critical analysis, but there is something to the namelessness of characters that makes them simultaneously more and less memorable. It is as though each story occurs in a rolling fog, unveiling itself during a reading, then dissolving back into the fog once the page is turned. The specificity of each character’s role in a story leaves a lasting impression, but the reader’s incapability to attach this impression to a name, as though it could have been any man or innkeeper or hairdresser, gives these stories their ethereal, dreamlike quality. And this effect, I believe, is one to be admired.

While I think it can be inauspicious to try to emulate another writer’s style too closely, I find that there are a few valuable tips to be gleaned from Palm-of-the-Hand-Stories for the aspiring short fiction writer, especially in terms of flash fiction. First, when envisioning one’s story, one should consider what the absolute essentials are, and in this process, one should not be afraid to reevaluate how these essentials are determined. Things that may seem essential, such as a clear story arc or character names, may in fact not be, as can be seen in Kawabata’s stories. Having determined the essentials, one should boil down the story until only the necessities remain. Leave the story on the burner, leave and return, switch to a different burner and let it simmer, leave and return until it has been distilled into its most concise form. Once the story says the most it can in as few words as possible, then one can at last turn off the stove.

And for those who simply enjoy reading short fiction, I highly recommend picking up a copy of Palm-of-the-Hand-Stories. Savor one of Kawabata’s delicate, poetic pieces each night and let it whisk you into its foggy, dream world as you fall asleep.